All around the province, churches, monasteries and historical museums paint a portrait of Quebec’s heritage. Many of these sites contain unique treasures that have made their mark on the past. To learn more, visit these museums suggested by the Quebec Religious and Spiritual Tourism Association, some of which offer admission free of charge on the first Sunday of every month.

Before visiting a site, be sure to call or check the website to know which activities are available.

Heading back to school

Go back in time to the beginning of the colony of New France by visiting the Pôle culturel du Monastère des Ursulines de Québec. This is where the first school in Old Québec City was built more than 400 years ago. The collection and archives include more than 30,000 objects as well as thousands of documents and photographs meticulously preserved by the nuns.

This place is also known for its archives, its program of cultural activities and a museum that features temporary and permanent exhibits, including The Young Ladies Academy. After the tour, visitors will be asked to take the same exam that was given to young girls in 1875!

Montreal as seen by Jeanne Mance and the Hospitallers

The Musée des Hospitalières de l’Hôtel-Dieu de Montréal looks at the founding of the metropolis in several ways. First, through the work of Jeanne Mance who founded the Hôtel-Dieu in 1645. Then, by looking at the evolution of medicine which is discovered through the mission of the Religious Hospitallers of Saint Joseph. The permanent exhibition features furniture, paintings, sculptures, photographs and medical instruments that bear witness to this rich heritage. There is also a temporary exhibition dedicated to Victor Bourgeau, the architect who designed the Hôtel-Dieu de Montréal in 1861. Various self-guided and guided tours take visitors into the garden and to the crypt containing Jeanne Mance's grave. 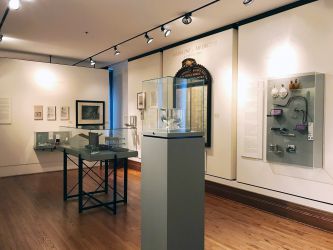 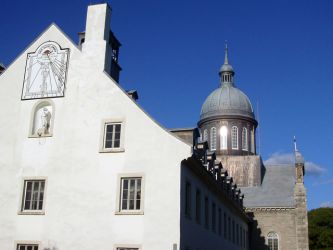 A region and a Sacred path

The Tourisme Mauricie website devotes a whole section to the region’s Churches, shrines and religious heritage. A road trip itinerary called Sacred path makes it easy to see all that the Mauricie region has to offer in terms of religious sites. It follows the King’s Road through the villages of Champlain, Batiscan and Sainte-Anne-de-la-Pérade, which are known for three magnificent churches and a presbytery.

A cloister, a school and a hospital

A century after founding their community in Québec City, the Ursulines were given the mission to establish a cloister, a school and a hospital in Trois-Rivières.

Immerse yourself in this history by visiting the Musée des Ursulines de Trois-Rivières.The exhibits are installed in the former Hôtel-Dieu, which was the first hospital in the city. The permanent exhibition Over 300 years of memory invites you to learn about the material and memorial heritage of the nuns. Guided tours will take you to the chapel and the former boarding school.

Discover the work of Father Frédéric

Another religious site in Trois-Rivières is the Frédéric Janssoone Museum, presenting the life of this Franciscan, born in France in 1838, who spent the last 30 years of his life in Quebec. The story of this tireless walker is told through various works of art. Among other things, he participated in the inauguration of the Notre-Dame-du-Cap Shrine and is one of the three witnesses to the opening of the eyes of the statue of the Virgin Mary, known as the “Miracle of the eyes”.

Learn more about the King’s Daughters

Embark on an immersive experience at the Maison Saint-Gabriel in Montreal. Acquired by Marguerite Bourgeoys in 1668, this place welcomed the Filles du Roy, or King’s Daughters. The guides, dressed in period costume, invite you to follow them into an old farmhouse furnished with antique objects on display as if they had been used just the day before. This place is a true reminder of the history of New France thanks to its exhibitions and original and captivating programming.